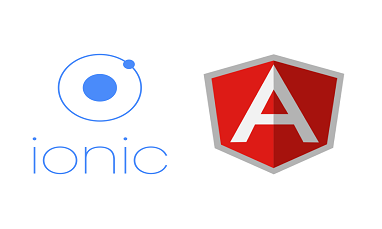 Checkout this course preview here: https://www.udemy.com/course/ionic-2-the-practical-guide-to-building-ios-android-apps (Copy and paste this link to your URL address bar to open)

Ionic is one of the most exciting technologies you can learn at the moment - it enables you to use one codebase (written in HTML, JS and CSS) to build and ship apps as normal (progressive) web apps as well as real native mobile apps for iOS and Android. This course teaches you Ionic 4 from scratch with no prior knowledge about it assumed.

Angular (formerly Angular 2) allows you to create awesome web applications powered by TypeScript / JavaScript. Wouldn't it be great to use that Angular knowledge to build web applications that can be compiled into native mobile apps, running on any iOS or Android device? And also publish them as progressive web apps at the same time.

The Ionic framework allows you to do just that! Use your existing Angular, HTML, JS and CSS knowledge and build your native mobile app with that! Ionic offers a lot of beautiful components (which you'll learn about in this course) that can be used to compose native-like user interfaces.

Capacitor (another tool provided by the Ionic team) will handle the rest as it's used to then build a native mobile app for iOS/ Android based on your code. This allows you to focus on the things you know and release your application on all possible devices (desktop and mobile) without having to learn thousands of different languages! Indeed, with Ionic, you can use one codebase to ship three different apps (iOS, Android, web).

No wonder that hybrid frameworks like Ionic are extremely popular and in high demand!

This course takes you from zero to published app, taking a very practice-orientated route. You'll learn to build a realistic app (where users can create and book events) throughout the course, learning about the basics of Ionic, its rich component library, how to fetch and handle user input, how to store data and access native device features and much more!

And since building apps is only part of the fun, you'll of course also learn how to run your apps either in the browser, on an emulator or on your own device!

The following things you will learn by this course:

Who this course is for: